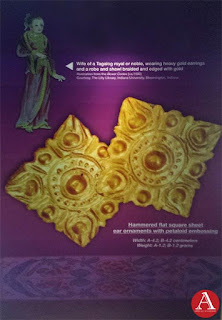 One of the common practice of tribal Filipinos which is similar to the Jewish Sacrifice is the shedding of the blood of animals. As in my tribe the Higaonons of Bukidnon a ritual called "Pamuhat" is conducted during harvest and planting season wherein  a blood offering is made to the creator. Another ritual is "Tampuda" - when two warring tribes are inconflict with each other, they will dug a hole and put a pig inside the hole. Each tribal chieftain or Datu who are in conflict with each other  take turn in spearing the pig until it dies. Their anger is directed to the pig.  Then they cover the hole  and the two chieftains exchange a porcelain cup signifying that there is peace between them. The cup symbolizes peace between them. Their conflict is appeased by death of an animal . This is very similar to the Hebrew's practice of "Propitiation".

What the Spaniards believed

After the death of King Solomon, Ophir was abandoned and soon forgotten. After the passage of hundreds of years nobody would know where or what is Ophir. The other word associated with Ophir is the word "Tarshish." Nobody also knew what it meant. In old translations of the Bible it was supposed also to be a place. However, in new translations of the Bible, it is used to refer to the fleet that went to Ophir.
What happened to the Hebrew or Jewish settlements that were established to process the gold before they were shipped back to King Solomon? Nobody also knew. However, we knew that because of their religious beliefs the Hebrews tend to survive as a separate enclave wherever they settled.
Historical facts
In Spain there is a book called Coleccion General de Documentos Relativos a las Islas Filipinas. It is found in the Archivos de Indias de Sevilla. It was reprinted in 1920 in Barcelona, Spain by the Compania General de Tabaccos de Filipinas. Its Tomo III (1519-1522), pages 112-138, contains Document No. 98 describing how to locate the land of Ophir.
This same volume also contains the official documents regarding the voyage of Ferdinand Magellan. It also contains the logbook of Francisco Albo, the chief pilot of the ship Victoria. This logbook is also one of the main references regarding the voyage of Ferdinand Magellan.
Since this book contains important documents, we can discern that the Spaniards did not really believe that Ophir was in India. In fact the Cabot expedition that left Spain on April 3, 1526 had a secret mission, "to search for a route to Tarsis, OPHIR, Oriental Cathay (China), and Japan."
Document No. 98 describes how to locate the land of Ophir. The travel guide started from the Cape of Good Hope in Africa to India, to Burma, to Sumatra, to Moluccas, to Borneo, to Sulu, to China, then finally Ophir.
Ophir was "…in front of China towards the sea, of many islands where the Moluccans, Chinese, and Lequios met to trade…"
This group of islands could not be Japan because the Moluccans did not get there. It could not be Taiwan because it is not "of many islands." Only the present day Philippines could satisfy the description.
Jewish Settlements
Along the route described by Document No. 98 are locations of old Jewish settlements.
It would not be surprising for that was the procedure used by King Solomon's fleet.
Settlements were established at selected places to trade and process the gold and silver. The ships will collect the gold and silver and bring it to King Solomon. To the credit of the Hebrew people, their settlement remained true to the Jewish faith even for thousands of years. Settlements were found in India, Burma, Sumatra, and Vietnam (Annam and Cochin China).
Who Were the Lequios?
Spanish records mention of a mysterious people known as Lequios. Modern historians variously identified them as Okinawans, Koreans, or Vietnamese. They were favorite targets of Spanish ships during the time of General Miguel Lopez de Legazpi because the ships of the Lequios were always laden with gold and silver.
According to Documents 98, the Lequios were big, bearded, and white men. They were only interested in gold and silver when trading at Ophir. Okinawans, Koreans, and Vietnamese people are not big nor are they white. Their beards are just small goatees and could not satisfy the word "bearded". Therefore they were not the Lequios. So who could the Lequios be but the remnants of Hebrews and Phoenicians who have made some enclaves along the Southeast Asian shores?
The Hebrew word "LEQOT" or "LIQQET" means to gather, to glean. It resembles closely the word Lequios. It will fit the men of King Solomon's fleet who gathered gold and silver. (Note: The Hebrew alphabet has no small letters.)
Where Was Ophir?
There is no doubt that the group of islands in front of China towards the sea is the present day Philippines. The question is where was Ophir located in the Philippines?
Ancient Chinese records say that the ancient trading places in the Philippines were Ma-yi and Pulilu. Dr. Otley Beyer identified Ma-yi as Mindoro. Dr. Jose Rizal, Blumentrit, Robertson, and Stangl say that it was Luzon in part or in whole.
Dr. Jose Rizal identified "Pulilu" as Bo-ol or Bohol. Nobody disputed Dr. Jose Rizal. So there are only three possible places in the Philippines that could be identified as Ophir, they are Luzon, Mindoro, and Bohol.

The Ancient-Name of the Islands of the Philippines
(Only the descendants of Levites Datu Gerson, Datu Merari and few descendants of Datu Cohat reached the island of Ophir, but the High Priest comes in the lineage of Aaron left in Yahrushalom)

People in the Islands of Ophir speaks Ancient-Hebrew Language
Who is Ophir ?
Ophir written in the Old Testament of the Bible 1 Kings 22:48, 9:28 and 22:49,
Psalms 45:9, Isaiah 13:12, Job 22:24, 28:16, 1Chron. 24:4, 1:23, Genesis 10:25-26.
In Genesis 10:25-30 “ And Heber were born two sons: the name of one was Peleg, for his days was the earth divided and his brother’s name was Yoktan. And Yoktan begat Almodad, and Sheleph, and Hazarmaveth, and Yerah, and Hadoram, and Uzal, and Diklah, and Obal, and Abimael, and Sheba, and OPHIR, and Havilah, and Yobab; all these were the sons of Yoktan. And their dwelling was from Mesha, as thou goest unto Sephar a mount of the EAST”.
The language of Ophir
The language of Heber is the same language of Adam and when the language was confused, only Heber retained the original language of Adam and was called Hebrew from Heber’s name and therefore the language of his two sons Peleg and Yoktan will be Hebrew and the language of Ophir the son of Yoktan will be Hebrew also.
The language of Abraham
Peleg son is Reu, reu son is Serug, Serug son is Nachor, Nachor son is Thare, Thare had tree sons Abram become Abraham, Nahor and Haran the father of Lot. Abraham is Hebrew in Genesis 14:13.
Historians said about Ophir
The western writers garlanded the Philippine land with more names such as Maniolas, Ophir, Islas del Oriente, Islas del Poniente, Archipelago de San Lazaro, Islas de L*****s (Island of Mortars), Archipelago de Magallanes and Archipelago de Legaspi. The western writers and ocean navigators called the islands Ophir before the Western people arrived and re-named it as Felipinas from the name of King Felipe of Spain.

When the first European historian set their foot in the land of Ophir, it was written by historian Gregorio F. Zaide in page 2 and page 24 of History of the Filipino People, that Padre Chirino an eminent Jesuit historian found in Tagalog language that “it has the Mystery and obscurities of the Hebrew language”.
Therefore in the islands of Ophir the people speaks Ancient-Hebrew language. 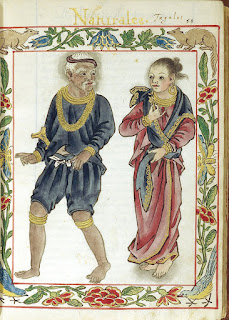